A Look at Metro Explorers
The intent of Law Enforcement Exploring is to educate and involve youth in police operations, to interest them in possible law enforcement careers, and to build mutual understanding. 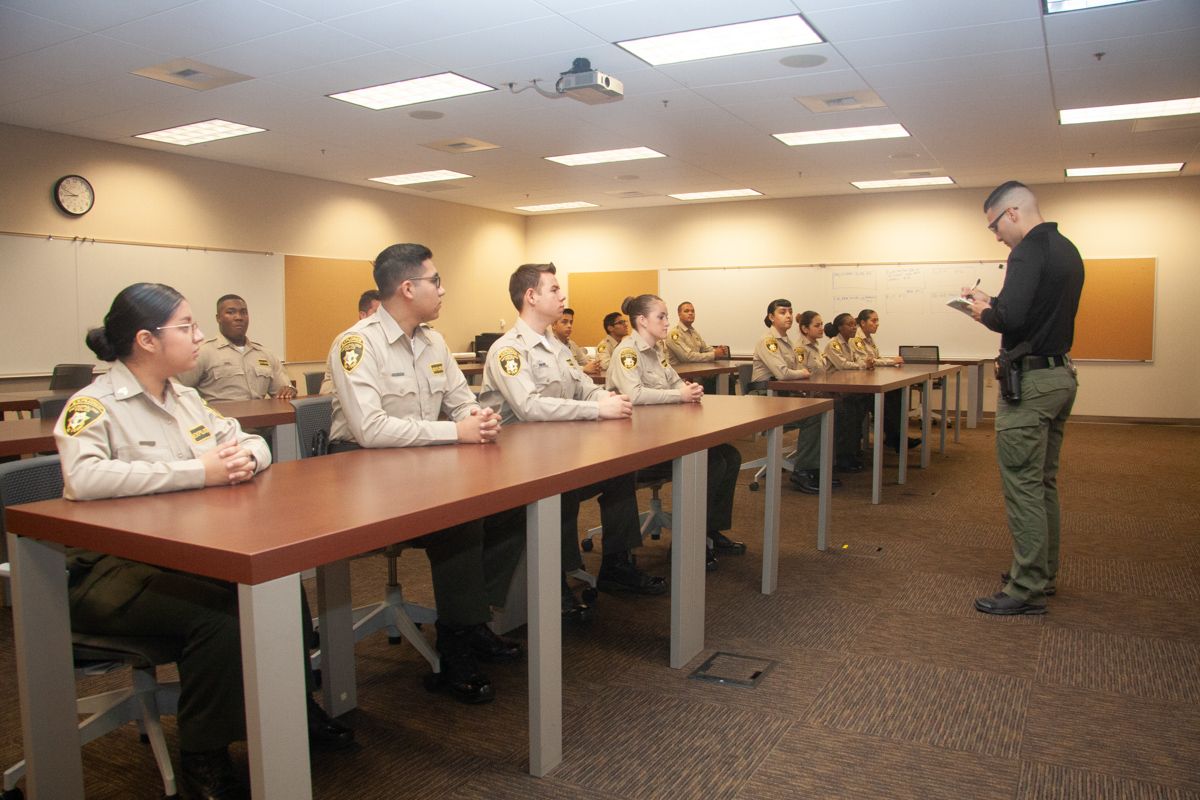 Advisors are the adults responsible for providing leadership, guidance, and training for each of the explorers in the program. These officers and employees train and educate Explorers in a number of law enforcement subjects as well as in various department operations.

Each program is headed by a lead advisor and is assisted by associate advisors. They are commissioned officers and civilian department employees who volunteer their time to mentor and teach our young adult members.

Our advisors care about the success of our explorers and strive to be positive role models, mentors, counselors, and teachers. They are dedicated to the program and prepare each explorer to become a leader in society.

Advisors expose explorers to the many facets of the law enforcement profession so they can make an educated decision and decide if they are up to the challenges of the career. 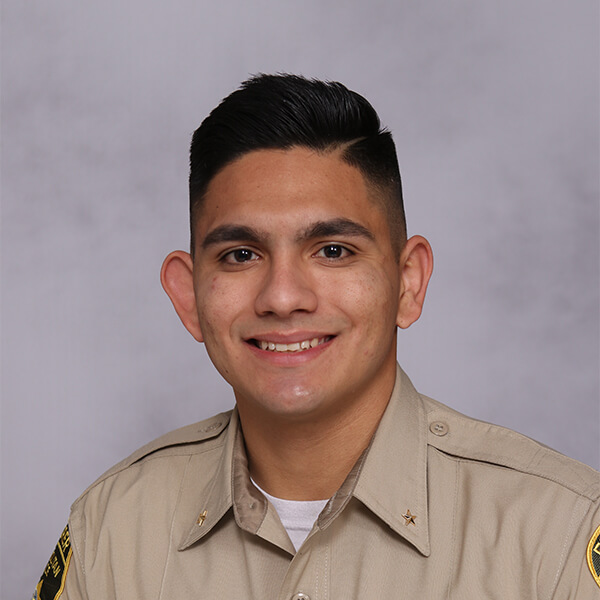 Carlos Perez, born and raised in Henderson, is a graduate from Coronado High School where he played three years of varsity football and earned an Advanced Diploma. He currently attends the College of Southern Nevada and is pursuing an associate’s degree in Criminal Justice along with an Emergency Medical Technician Certification.

Commander Perez has been a member of LVMPD’s Law Enforcement Explorer Program since 2018 and has held the ranks of explorer sergeant and captain. Perez aspires to one day become a police officer with the LVMPD; his ultimate goal is to work with the department’s canine, SWAT or Search & Rescue units.

The LVMPD Explorer Program is a 501(c)3 non-profit organization and is governed by a board of directors. These men and women guide the program and oversee all financial, fundraising and general program operations. 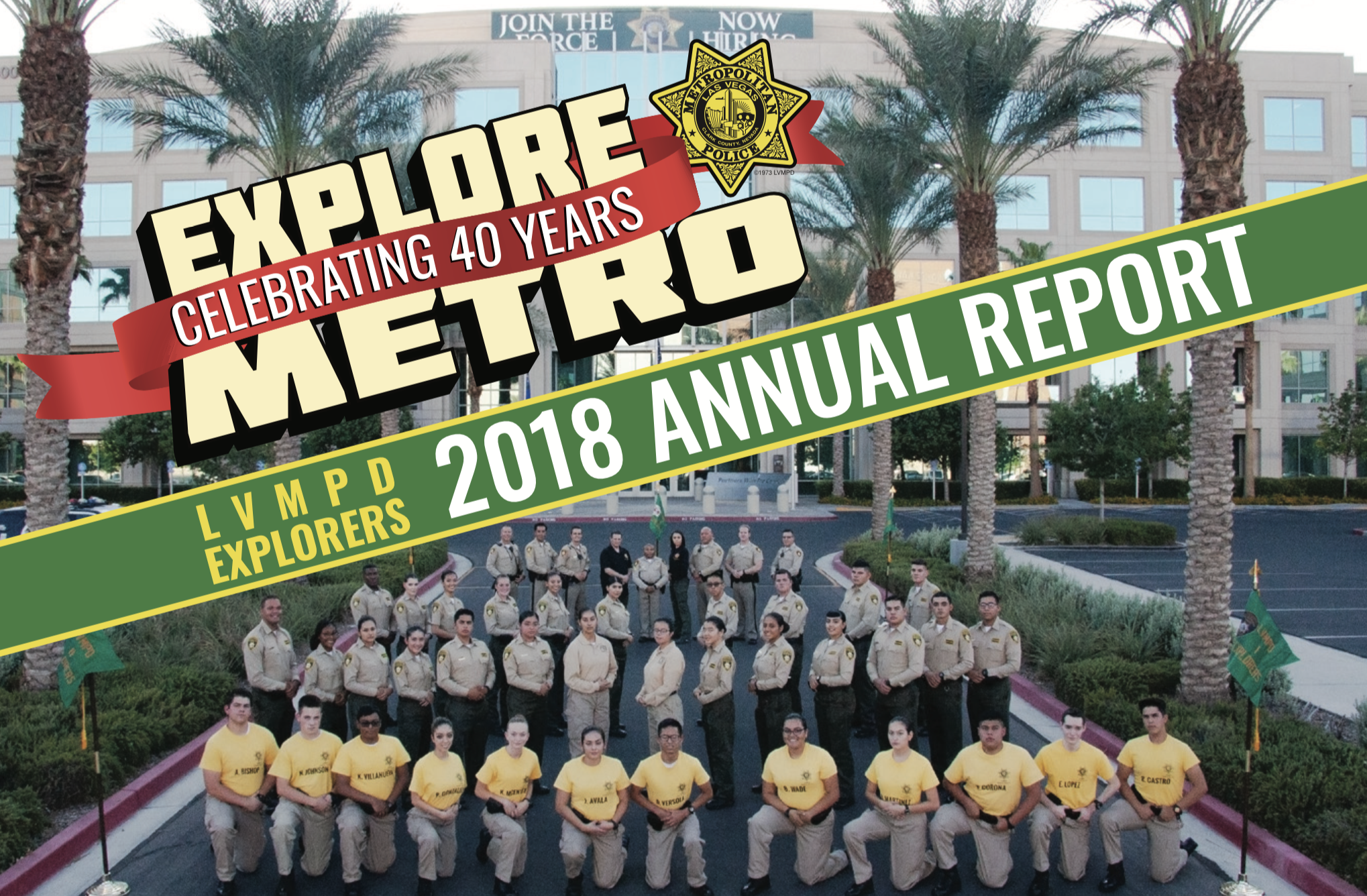 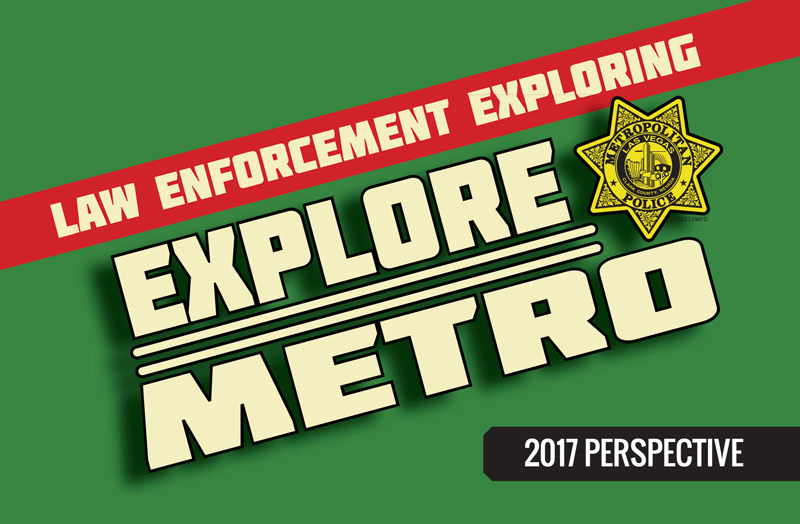 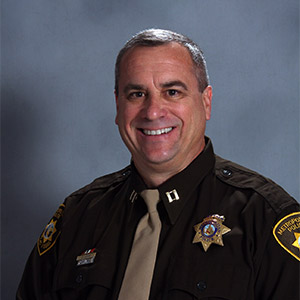 Captain David Lewis is originally from Houston, Texas. Upon graduation from high school, he joined the US Navy and served six years in the submarine service as an Electronic Technician. Upon discharge from the US Navy, he moved to Las Vegas. Captain Lewis began his law enforcement career in 1992 as an Electronic Technician with the Las Vegas Metropolitan Police Department.

In 1994 he attended the police academy. Upon graduation, he worked as a Patrol Officer and Traffic Officer. He was promoted to Police Sergeant in 2000. During his time as a Sergeant, Captain Lewis worked as a Patrol Sergeant, Community Policing Sergeant, Field Training Sergeant, Traffic Sergeant, and Internal Affairs Sergeant. In 2004 he completed his Bachelor of Public Administration in Law Enforcement at Nevada State College.

Captain Lewis was promoted to the position of Lieutenant in 2007 and served the department in various capacities at this rank to include Patrol Lieutenant, Administrative Lieutenant to the Patrol Deputy Chiefs, Field Training Lieutenant, Internal Affairs Lieutenant, and Financial Crimes Lieutenant. 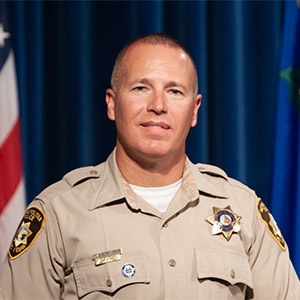 Eric was born and raised in South Texas until the United States Air Force brought him to Las Vegas in 1994. In the Air Force, he served as an F-15E Crew Chief and a Maintenance Operations Controller for eight years. Upon leaving the Air Force, he was a Boeing 757 mechanic with National Airlines for two years at McCarran Airport. After leaving National Airlines, Richard spent the next seven years with Rinker Materials in various positions ranging from Quality Control to Plant Manager to General Manager. Eric joined the LVMPD in 2009 and has worked as a patrol officer and a bike officer in the Downtown Area Command. He is currently assigned to the Office of the Sheriff and Executive Staff Headquarters Security Detail.

Officer Richard holds a Bachelor of Science in Management of Technical Operations with a minor in Aviation Safety from Embry-Riddle Aeronautical University. Eric’s newest ancillary duty is acting as the Patrol Liaison for the Crisis Negotiation Team and the SWAT Tactical Commander during critical incidents.

In October 2013 he joined the LVMPD Explorer Program as an Advisor and is currently the Program Coordinator, overseeing all day-to-day operations of the program.

Andrea King has been a member of LVMPD's Communication Bureau for 11 years. She began her career as a Dispatch Specialist answering 9-1-1 & non-emergency phone calls, and dispatching police officers via 2-way radio communications. In 2014 she became a Communications Training officer, responsible for developing and training newly hired communications employees and in 2018 she promoted to Communications Supervisor.

Ms. King became a LVMPD Police Explorer at age 16, which gave her invaluable experience that she's carried throughout her career. After joining the agency, King became an Explorer Advisor and was instrumental in creating a Dispatch Explorer Program, a branch of the LVMPD Law Enforcement Explorer Program, and the first of its kind in the country. She currently serves as the program's Executive Secretary.

Since the beginning of her career, Andrea has made leadership skills the focus of her development. She is a graduate of the Sheriff's Leadership Series offered by the Institute of Executive Development and is currently working towards obtaining a Business Management degree from Redlands College.

Officer Kent Ma has spent the past fourteen years the the LVMPD. Prior to becoming a police officer, Ma spent 8 years in the United States Marine Corps. He has earned a Bachelor's Degree in Criminal Justice with a concentration in Management from the University of Phoenix.

Ma is currently assigned as a member of the Sheriff's Headquarters Security Detail and oversees much of the unit's tactical training. 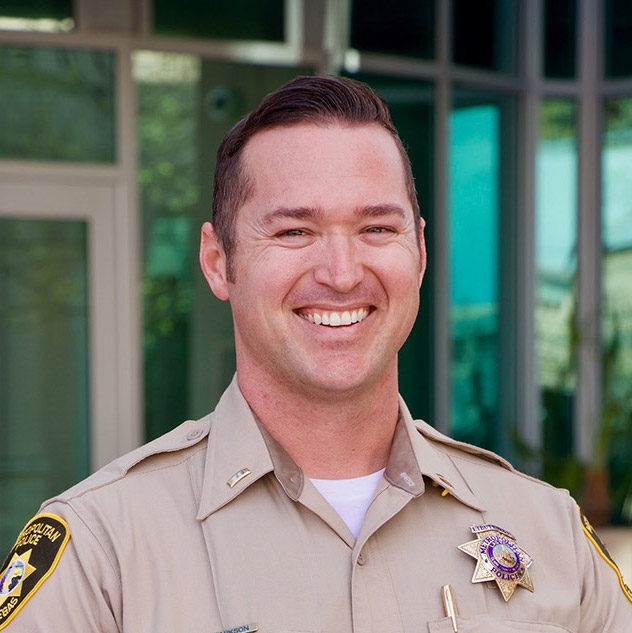 Lieutenant Branden Clarkson has been a member of the Las Vegas Metropolitan Police Department for the past 13 years. He started his career in law enforcement as an Explorer with LVMPD at the age of 16 and started the LVMPD police academy at 21. His experience includes Supervisor of the Field Training Program, Detective Sergeant of the Gang Crimes Bureau, Sergeant of the Office of Community Engagement (OCE)which he helped create, Sergeant of the Multi Assault Counter Terrorism Action Capabilities (MACTAC) Section, Watch Commander, and his most recent assignment as Lieutenant in K-9.

The groundwork laid by Lt. Clarkson helped LVMPD’s OCE be recognized by both law enforcement and the media as a refreshing approach to dealing with some of the most controversial community issues. While assigned to the Organizational Development Bureau Multi Assault Counter Terrorism Action Capabilities Section , Lt. Clarkson coordinated training with first responder agencies of the Las Vegas Valley. That training was essential in the law enforcement response to the 1 October shooting at the Route 91 concert.

Sergeant Matt Downing joined the LVMPD in 2004. He has worked as a patrol officer assigned to bicycle and enduros patrol squads, and as a detective. As a detective, Sergeant Downing was assigned to the Financial Crimes Section, spending five years with the FBI Eastern European Organized Crime Task Force, and the ARMOR Section.

He promoted to sergeant in 2018 and is currently assigned to the Bolden Area Command Flex Team. Sergeant Downing holds an Associate of Applied Science Degree and a Bachelor of Arts Degree in Criminal Justice. 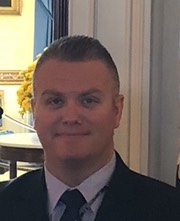 Sergeant Brandon Borden began his career with LVMPD in 1997 as an explorer. In 2001 he became a police cadet and received his commission as an LVMPD police officer in 2004. As a patrol officer Borden worked various assignments within the LVMPD including riding bikes and enduro motorcycles on the famous Las Vegas Strip, South Central Area Command - Problem Solving Unit. He was also assigned as a detective in the Financial Crimes Section.

He was promoted to the rank of sergeant in 2016. As a sergeant he has worked in the Southeast Area Command, Downtown Area Command and the Counter Terrorism Section. He is currently assigned to the All Hazards Regional Multi-Agency Operations and Response (ARMOR) Task Force, where his team is responsible for responding to and mitigating any Chemical, Biological, Radiological/Nuclear, or Explosive threat. 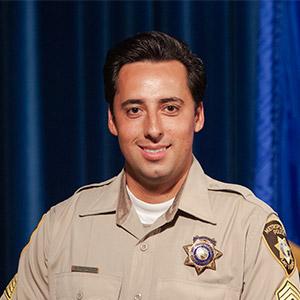 Sgt. Rodriguez began his law enforcement career at age 15 as a police explorer with the Ann Arbor Police Department. After graduating college in 2008, he moved to Las Vegas where he became a LVMPD police officer. As an officer he was assigned to the Patrol division for more than six years and spent two years in the Office of Public Information as one of the department's spokesmen. Rodriguez was promoted to the rank of sergeant in July 2017.

Sergeant James Langenhan joined the LVMPD in 2008. He has worked as a patrol officer in Bolden Area Command and Enterprise Area Command as well as a Detective in the Internal Affairs Bureau. Sergeant Langenhan holds a Bachelor of Arts Degree in Journalism from the University of Nevada, Las Vegas.

Sergeant Langenhan was promoted to the rank of sergeant in 2019 and is currently assigned to the Bolden Area Command as a graveyard supervisor. 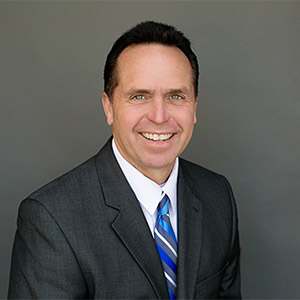 Tom is a member of the International Association of Chiefs of Police and the Police Executive Research Forum. He is also the President of the Las Vegas Metropolitan Police Department Foundation.

Tom has an Associate Degree in Criminal Justice from the Community College of Air Force, a Bachelor of Arts Degree in Education from the University of Nevada, Las Vegas (UNLV) and a Master’s in Human Relations from the University of Oklahoma. He is a graduate of the Major Cities Chiefs Association’s Police Executive Leadership Institute and the Harvard Kennedy School Executive Leaders in State and Local Government.

Since retiring, Tom owns and operates a Law Enforcement Management Consulting firm. On November 6th, he was elected to the Nevada State Legislature as an Assemblyman for District 13.